We started the hike at 10:30 am today. It is now 4 pm and I feel like I’ve walked 100 miles with grandmother. Of course, we have only walked like 12 at most. I already want to go home but we have another 8 miles to walk until the end of the trail. We’ve encountered everything that you would normally see on a hike. We’ve seen a few rivers, some wild animals, and a lot of trees. I never knew hiking was such a hassle sometimes. Even though my legs are killing me it was fun to get out of the house for a while.

Come on Jake let’s go watch them announce the winner. “And the winner is” Jake. I’m Jake and you may be wondering how I got here so I’ll tell you. The competition started a month ago a big company wanted input from the community on a new game idea. So people’s writings gt featured then whoever had the most votes their idea would become a game. It’s a pretty good way to ensure your game gets played. Now my idea was a game called Apex Legends. That’s about all there is to know about the competition.

I had already flown to New York from Ohio. I came here with one intention to see Niagra Falls. Turns out everything is more expensive and crazier in New York. I got in the nearest taxi the guy had a yellow air freshener for the car that smelled like a sunflower. By the time we got to Niagra Falls, I was stunned. It was marvelous saying I was excited was an understatement. The taxi driver warned me to not get too close to the edge because the weight of the water would heavily ruin my body on impact.

“It’s not like last year”, he thought. Oh, boy was he correct. It’s crazy how much can change in a year. You don’t really appreciate what you have and all the options until they are taken from you. If that’s not the most accurate description of 2020 I don’t know what is. 2020 has been nothing like 2019. It’s a total disaster. Everyone was so hopeful for 2020. It’s kind of sad how this year has turned out so far. From the wildfires to the quarantines it’s been crazy. Hopefully, things will be better in 2021.

My one wish to make the world a better place is for humans to be able to survive in space without a suit on. This includes the heat and cold of space, the ability to withstand the pressure, breathe in space, and etc. I wish for this because we would make astronomical advancements and discoveries literally and figuratively. Most other important wishes are useless and would not work. A big other one is to cure world hunger which is literally impossible. That is my one wish I hope you enjoyed reading.

Transportation is involved in our daily lives. The best form of transportation, in my opinion, is cars. While cars pollute the air and aren’t super good they are almost a necessity. So Many people have cars because they need them to get around. Cars are very common because of what they provide.

The way we travel harms our planet by polluting it. This is because of many factors. The biggest one is carbon emissions from cars and trucks. Another thing is how you need gas to power most cars which also harms the earth. It is really a win-lose situation. 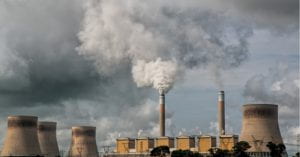 People want to evacuate. People are afraid of what is happening. The industry is changing. The world is warming up and becoming red hot. This is urgent. It’s happening now. Glaciers are melting and the world is warming up. People are trying to discover answers to the problem of climate change. Others who don’t get hands-on are supporting the cause. Many people believe climate change will end because no matter what happens people will always have faith in humanity.